The Body Is Not Sacred (Complete) 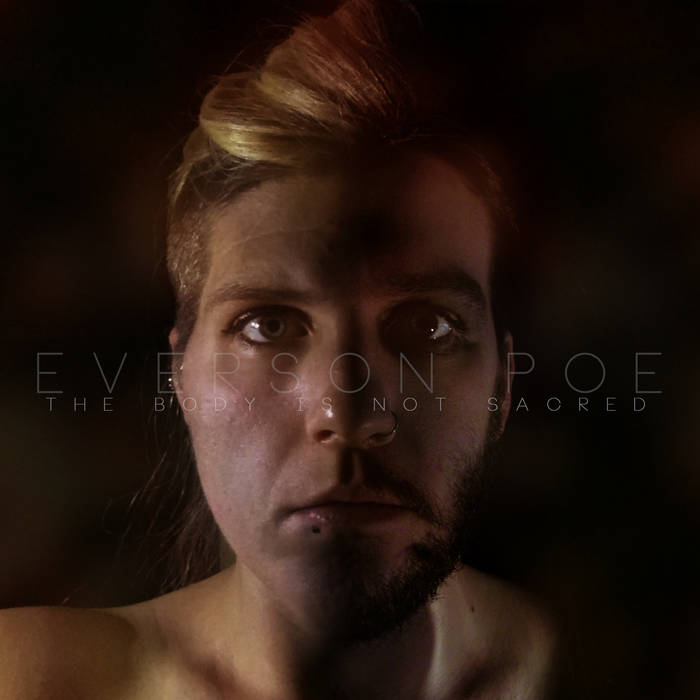 all proceeds go to the Trevor Project, an American non-profit organization founded in 1998 focused on suicide prevention efforts among lesbian, gay, bisexual, transgender, and questioning youth.

For the last decade, Maxwell Shults has recorded a dynamic body of work under the name Everson Poe, exploring everything from doom metal to new wave and even the occasional '50s slow-dance song. No matter the genre, their music has always been characterized by heaviness—not just in sound (although they certainly embody that, too), but in emotion as well. And their latest project, The Body Is Not Sacred is, without question, their most emotionally heavy work to date.

Exploring Maxwell's gender identity and struggle with gender dysphoria, the music embraces duality to convey two distinct halves living in the same being. Maxwell's visceral howl—a sound that many would characterize as being typically "masculine"—contrasts with the softer, ethereal vocals of longtime collaborator DEROSNEC. Both of their faces grace the album cover, embracing gender fluidity and making it hard to tell where one person ends and the other begins.

The duality extends to the arrangements and lyrics as well. On opener "We All Become Our Sins," a crackling spoken-word intro and ghostly wail from DEROSNEC quickly give way to Maxwell's jackhammer drums, guitar, and voice. Likewise, on lead single "No Comfort In The Void," Maxwell screams the phrase "I strive to reject the masculine in all its forms," subverting what listeners and critics have come to expect from even the most emotionally in-tune metal music.

The Body Is Not Sacred has no shortage of ambition. As Everson Poe's first triptych, the self-titled first section contains the four songs that serve as the album's foundation. Part two, The Body Is A Prison, raises the emotional stakes with four hard-hitting instrumentals, and the third and final part, The Body Is An Illusion, consists of "polite" versions of the songs from part one. Softer and more reliant on acoustics, the compositions are what one might call "feminine."

But as The Body Is Not Sacred proves, these kinds of labels mean nothing in the world of Everson Poe. Through their latest and greatest three-part epic, they present a journey where gender is first a puzzle, then a cage, and, finally, nonexistent.

Everson Poe is Mae Shults: a trans, queer, multi-instrumentalist from Chicago. Often in collaboration with various vocalists, she balances elements from many diverse genres while maintaining the goal of merging beauty with loudness. She has been releasing music for over a decade, and has been signed to Trepanation Recordings since 2020.

Bandcamp Daily  your guide to the world of Bandcamp

outré black metal, with a Victory Over the Sun interview and music from Liturgy and Jute Gyte.